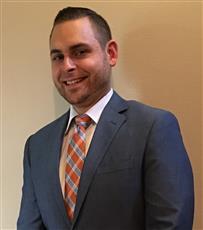 Michael primarily practices general civil litigation in both Florida and Federal Courts, with a focus on business disputes, commercial and residential foreclosures, landlord-tenant controversies, employment law, and construction defect cases. In addition, Michael advises clients in transactional matters, including negotiations in the sports and entertainment industries.
Although originally from New York, Michael has lived in Martin County since 1987, when he moved here as a child. After graduating from Martin County High School in 2001, Michael attended the University of Central Florida and graduated with a B.S. in Legal Studies. Subsequently, Michael attended the University of Miami School of Law and earned his J.D., summa cum laude, graduating in the top three percent of his class. While attending law school, Michael was a member of the Entertainment and Sports Law Society and served on the editorial board of the University of Miami Law Review. In addition, Michael was published by the Review for his article on the topic of tort reform. Prior to joining Crary Buchanan, Michael practiced law for eight years with a local firm and successfully represented clients in all facets of litigation, including at the trial and appellate levels.
When Michael is not practicing law, he enjoys spending time with his wife, Tiffany, and their two sons.

Michael is admitted to practice in the following courts: