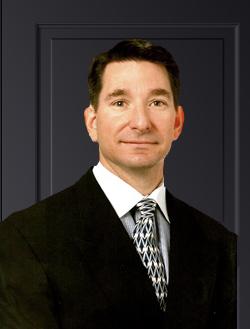 Robert J. Elder III practiced primarily in the areas of civil litigation, including construction lien law and construction defects, commercial disputes, real property disputes, probate, wills and trust litigation, creditors’ rights and UCC-1 matters as adopted by the Florida Statutes. Rob had represented Martin County’s only hospital for over ten years and handled civil litigation matters and garnishments for Seacoast National Bank, one of Martin County’s oldest banks. He also had extensive experience from previously working with a U.S. Bankruptcy Trustee, representing both debtors and creditors in bankruptcy matters and adversarial proceeding before the U.S. Bankruptcy Court. Rob earned a B.S. in Accounting and a B.S. in Finance in 1992 from Florida State University. Rob was awarded a J.D. from Nova Southeastern University, Shepard Broad Law Center, in 1996.